Boredom Blues is the first episode in the first season of Lucky Fred.

Brains is bored, so she asks Fred to turn Friday into a tennis racket to participate in a tournament.

Agent Brains reports to the Super Commander of her defense of the Earth with no serious threats for more than two weeks has put her to boredom. The Super Commander replied that he thinks that her success in defending the planet made her foes quite weary, so he suggests her to enjoy her free time and relax.

Later at Fred's house, he was playing "RC (Remote Control) bots" with Friday and they noticed that she is bored and can't understand why, Braianna explains that she just got bored with her work and mentions that earlier she wrote her first draft of her personal memoir, made a replica of La Sagrada Família out of toothpicks and baked 150 blueberry muffins for the fundraisers. So they proposed to her several ideas for a hobby, but almost none of them put to her interests, Fred suggests tennis (one of the things that she never tried), then she decides the idea of playing tennis.

However, it turns out Braianna plays bad at tennis, then Corky mocks her, Fred says that Braianna isn't as good of playing and Braianna believes she can do better soon and decides to enter the tournament. Braianna asks Friday to throw a ball and misses again, she claims that the racket must be defective, then Fred approaches her and tells that tennis is one thing that she's not good at, which resulted to get enraged and broke her racket to pieces. Fred asks Braianna on how she's gonna beat Corky in the tournament and she replies that he's going to turn Friday into a racket for her, Fred replies back of not knowing if he's gonna agree, Braianna says that she would give him the 150 blueberry muffins if he agrees, Fred with disbelief quickly agrees to it. Then came some tryouts which went well for Braianna and Friday as her infallible racket.

Back at Fred's house, Fred was all alone with a pair of RC cars, a 3-month supply of blueberry muffins and calls 3 individuals to invite. Firs was Sir Percival, but he was busy with his tap dance class; at second was Eddie but was also busy with him as a volunteer for school fundraising and mentions about Braianna bringing some muffins which give Fred scare and quickly hang up the call, then with no one else was but (Corky's brother) Mort.

At the tournament, Braianna is going up against Francina, and at that same time, Fred plays cars with Mort. When the battery of Fred's car ran out, Fred called Brains, who is now competing, and she tells him to look in her laboratory for batteries and before that she advises Fred to ignore her fake parents: Robert and Roberta. After finding the batteries, he looks at a book shelf and picks up a book there, he found a mini military tanks and aircraft (called miniature warbots) that confused him with RC bots. Brains bails out the match, losing to Corky via disqualification.

She then runs to her house and stops the miniature bots before they start another war. After defeating the bots, she however, confesses to Fred that she's having more fun destroying the robots and playing tennis was also fun, but she coudn't shake the feeling and Corky deserved to win. Fred tells Braianna that maybe he should mess around her lab more often and Braianna in return gives Fred a hug and at the same time a warning of even thinking about it. 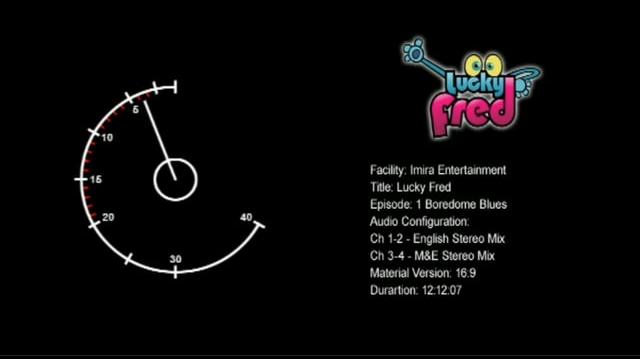 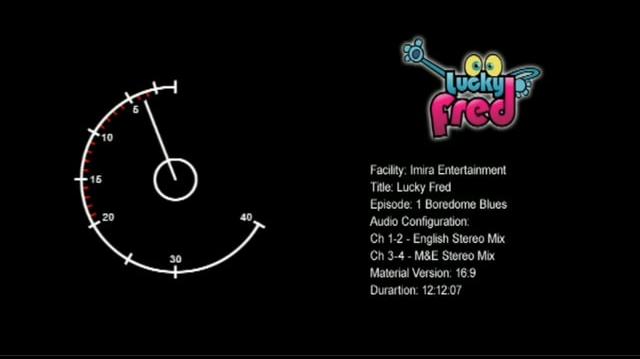 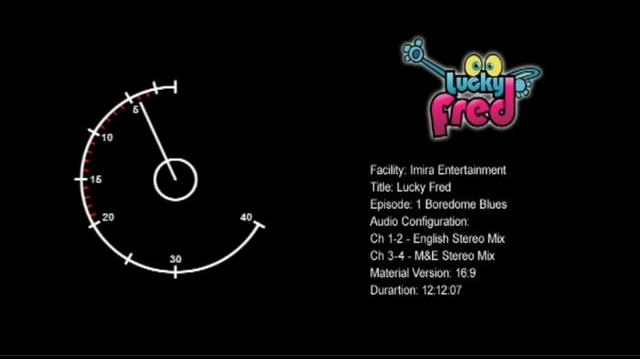 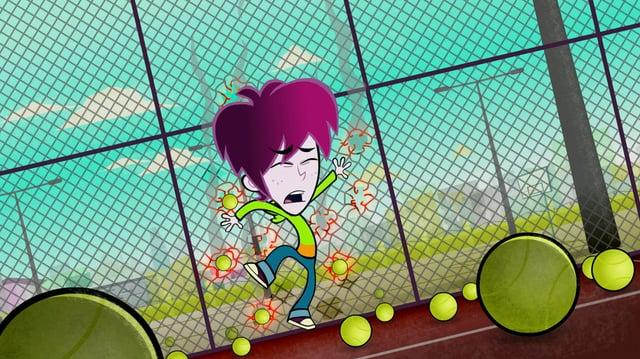 Boredom Blues (Russian Voiceover)
Add a photo to this gallery

Retrieved from "https://luckyfredipedia.fandom.com/wiki/Boredom_Blues_(episode)?oldid=19863"
Community content is available under CC-BY-SA unless otherwise noted.