Fred's Close Shave is the seventh episode in the first season of Lucky Fred.

Fred and Brains come into contact with weird bugs.

Sir Percival shows his video t-shirt of Romeo Romero and the students especially the girls are so into him, even Nora who loves his beard that she could stare at him all day. Seems most of them had a new interest except Fred who doesn't like Nora liking other guys thus making him jealous.

Fred is so jealous that he would talk negatively about Romeo Romero, even during class, Braianna tries to quiet him down, but ends up getting noticed by Mr. Tonsils. Mr. Tonsils reminds Braianna about her frequent absences and tardiness would result to a failing grade, if without her oral report, then she receives a call from the Super Commander and quickly leaves the classroom for a bathroom break as an excuse.

Later outside of the school, she is told to report to Laboratory 51, because of an alien outbreak. Upon arrival at the Laboratory 51, she avoids the the lab's security watch and manages to get inside.

She then replies to the Super Commander, however, she gets a call from Fred instead. Fred tells her that Mr. Tonsils was pretty cheesed when she didn't return from the girl's room and at the same time a civilian is heard screaming. She quickly approached the victim but tells her to distance herself and points at a door to where the threat is. As she approaches the door, she uses her extendable riding crop to open the door at a safe distance. At the other side of the door appeared a swarm of angry hair bugs, Braianna evades the swarm, but they were really after the bearded man. Brains splits the swarm into two and captures them with her capture vial. Brains assures to the only victim that it's already safe, then suddenly the victim's hair grew, he thanked Brains for saving him, and then inside the victims beard is the remainder of the swarm but gets caught by Brains with another vial.

When she returned to school, she seems to also have been bitten by the insects with her face having a beard, so she runs off. When Braianna makes a run, she drops a vial of the remainder of the hair bug swarm and Fred picks it up. As Braianna runs through hallway, she also passes by Mr. Tonsils but ignores him for her early departure from school.

Later at her lab, she talks to Super Commander about her hairy situation. Not knowing what to do, her dad warns her not to shave, however, Fred's transmission appeared, thus Brains did not heard completely of her father's warning. She then quickly shaves her beard and tells Fred to Mr. Tonsils that she having her tonsils removed. Having that excuse already told last week, Fred could not do it and at the same time her beard grew again. The Super Commander's transmission takes over and forcing Fred to disconnect, then her dad realizes that the beard grows longer each time it is shaved. The Super Commander tries to assure her daughter that until their scientists can find a quick cure, she will stay that way for a while.

Back at the school, Fred thinks of using the hair bugs of growing a beard, Friday tries stopping him by disagreeing with his idea but fails. Even before Friday trying to stop him, Fred uses the hair bugs and grows a beard. At the hallway, however, instead of the students admiring him of his beard, everyone makes fun of it, ending in a disaster. So goes back to the men's room and he orders Friday to shave his beard.

Back at Mr. Tonsils's class, Fred arrives still with his beard on but longer and the entire class laughing about it except Mr. Tonsils asking Fred to leave. Again back at the men's room, Friday shaves again but his beard grows back again and again, so with no other choice, Fred commands him "to just shave every beard" thus Friday goes crazy and flies shaving every beard he can find. Fred had to make a run for it, so he tries hiding to evade Friday and went to Brains for help.

At Brains's lab, Fred and Brains both wear masks and to hide their beards thus curiosity on both sides they took off their masks and Fred returned Brains vial and starts looking for Friday, who is still shaving every beard he can find. Friday was then found and is now flying towards the Columbus Monument where there is a statue of a bearded man. Fred goes to the statue, through the elevator, he then shouts the command "Reset" stopping Friday.

Back in school at Mr. Tonsil's class, Thomas was making report about the pirates of the Barbary Coast but mistook the captains as soccer players and next was Braianna who acted as "General Geronimus Pudding"' and Fred as the monster who got beaten up by Geronimus that gave him the nickname: the Bear made Mr. Tonsils impressed and sneezed after. The next day, Fred and Braianna appear without beards, thanks to her dad that sent her a special hair remover. Suddenly they realize that all the students have (fake) beards and Nora meets them saying the beard thing was cool when everyone was into Romeo Romero. But now she's interested in Emilio Washington, the same goes to Fred who wants to have the same hairstyle he has. 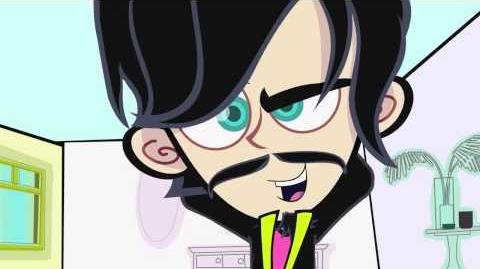 Retrieved from "https://luckyfredipedia.fandom.com/wiki/Fred%27s_Close_Shave?oldid=17666"
Community content is available under CC-BY-SA unless otherwise noted.