Friday (formerly Red or more commonly known as the Annihilator 9-0-9-0-9-0-niner) is a main character of Lucky Fred. He was supposed to be Agent Brains' robot partner in protecting the Earth, not until he collided with a bird and became Fred's instead by accident. Now he has to be with him most of time either at school, at home or while protecting the Earth, he shall accept every command he is given therefore he has to be taken care of.

He has a Mystic head top and his eyes are Gossamer. He is equipped with a Downy outer shell and a transparent glass helmet. Also, he secretly once wore Fred's Spring bud-Gamboge hoody in his closet.

Friday is a shape-shifting robot capable of turning into anything that Fred orders. Normally, it's something fun, like a flying schoolbag, or a pair of basketball shoes that make you jump to the basket. Friday loves going to school with Fred hidden in his bag, transformed into a watch, or an mp3 player. Friday obeys Fred's orders like his little brother, doing everything he says with enthusiasm. Friday is like a big kid--enthusiastic, impulsive, impatient and playful. For Friday, every day on this strange planet called Earth is a party and he explores Fred's world like a kid in a candy store. Friday is a very sophisticated machine, but he has his weak points. For example, if he gets wet, he can get short-circuited and behave in an unexpected way, or if he gets too close to a magnet, his memory will be severely damaged. Friday was conceived as a powerful weapon for the protection of the Earth and programmed to obey only his master's voice, who was meant to be Agent Brains. When Friday was sent to the Earth, a little accident caused that he fell beside Fred, instead of landing on Agent Brains' runway platform. However, Brains' dad, Super Commander of the Protectors, still believes that everything turned out as planned and that the Annihilator is still under Brains' control.[1]

The Annihilator 9-0-9-0-9-0-niner is programmed to perform multiple tasks of almost any kind. Yet great but not all perfect especially with its weaknesses like water and magnets.

Friday can gather information and store in his data banks where it is stored. Generally, he has the ability to know everything and adapt to his surroundings.

Whenever he hears a person or animal speaking a different language, he quickly activates his translator and understands it with ease. This was first revealed in "Episode 21" while he was having a conversation with the pets.

Friday can transform into anything, be it a toy, a weapon, an animal, a person, or even a vehicle, no matter what it is, he can. Either by Fred's command or under his own will. However he will overdo his work if shorted out.

There have been numerous transformations of Friday. In every episode, Friday has transformed into something at least once.

In Episode 1, he was commanded by Fred to turn himself into tennis racket to help Brains play tennis better. He amplifies the force of hitting back the tennis ball which also explains the tennis balls penetrating through the fences. 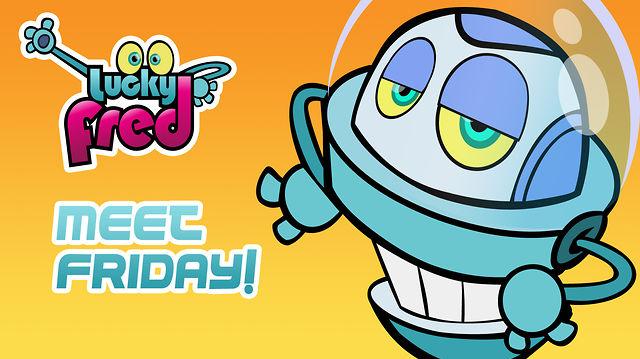 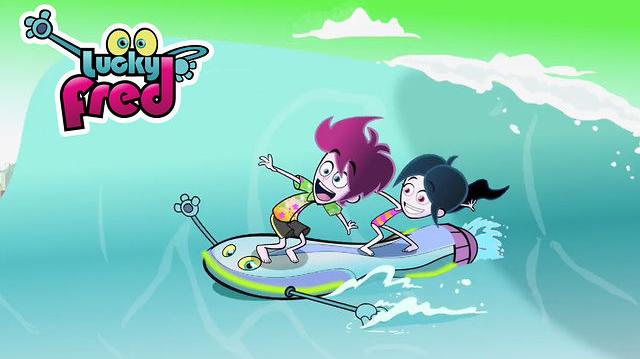 Retrieved from "https://luckyfredipedia.fandom.com/wiki/Friday?oldid=19380"
Community content is available under CC-BY-SA unless otherwise noted.