Fred and Brains are playing in the park with a frisbee, until Fred lost it (for the third time) and orders Friday to become one. Friday flies but returns in the mouth of a puppy like no other, slobbered Friday and was likened to be with Brains and Fred, so they decided to keep it. Later that day, Friday feels ignored because his friends are playing with the puppy, which they named him Puddles.

At Fred's house, Fred took pictures of Puddles and some of it with Braianna in it. Then Friday comes in to tell Fred that he's gonna watch a show called "World's Toughest Sailors" and wants to watch it with him, however, he wasn't interested and decides to stay with Braianna and Puddles. Braianna explains that a new puppy needs more attention, but that wasn't enough for Friday, so with lack of understanding, he then just compared himself to Puddles with jealousy that scared Puddles which in defense Fred and Braianna became upset of Friday's behavior and with no other choice Friday was forced to leave the room because of his attitude towards "Puddles". Later at the living room, Friday was watching, then a problem occurred, the TV turned off on itself, Friday checks TV and noticed someone bit off the TV's cable, he immediately suspects that it was Puddles. So he went to complain of Puddles's action to Fred and Braianna. In defense of Puddles, Fred says that it was natural that a puppy would do such a thing and thinks that Puddles needed a walk, so Friday voluntarily takes Puddles for a walk.

Back at the park, Friday begins talking to Puddles of disliking him. However, Puddles seems to ignore Friday and gets its attention on the squirrel. Naturally hating the squirrel, he chases after it dragging Friday along with him on a bumpy ride back to Fred's house. As the squirrel chase ended with the squirrel who successfully evaded Puddles and Friday beaten during the ride back home. He assures to Puddles that he'll be watching him and begins observing his activities. After a careful observation, Friday presented evidences of Puddles standing on 2 legs, ruining papers that contained the disarmament codes for a top secret SB1 magma drill and burying Brains's laser, that led to the thinking of Friday of suspecting Puddles to be an alien dog. However, his friends protected Puddles, and Friday, being jealous, ran away.

He then wanders at the same park and looking at two people enjoying being together and starts missing his friends a lot. At that same time, Puddles suddenly reveals that he is actually a Canillian (an alien dog breed) called "Borgolon the Loyal" and manages to lock up Fred and Brains in the laboratory, but Friday returns and defeats the classic weakness of each dog, their hatred for squirrels. Giving enough time, for Brains to stop the drill from hollowing out the Earth. With 1.52 seconds to spare, the Earth is safe again. Moments later, Puddles is still chasing after Friday. Finally, Friday uses the net to capture Puddles and ended up getting dizzy.

After Puddles's capture, he is temporarily imprisoned in Brains's lab, plays with a chew toy, and swears that he'll be back, but gets shocked 3 times by holding on to the bars. At the living room, Fred asks Friday why did he comeback, Friday replied that he was worried about the both of them even though they were mean to him and he has to find out who got eliminated from the "World's Toughest Sailors." Then, Fred and Braianna apologizes to Friday for not believing him and they promise that there will be no more puppies. Not until, a cute little kitty appeared outside the window, Fred and Braianna were at it again, leaving Friday to himself again. 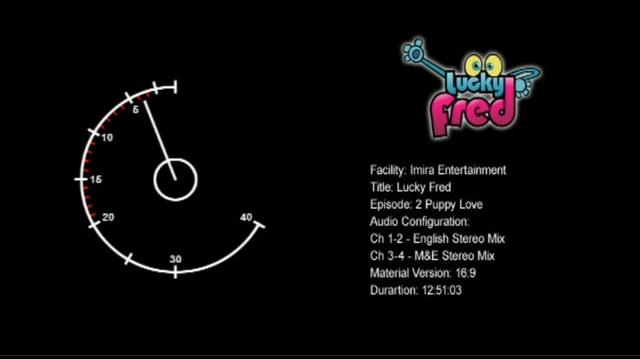 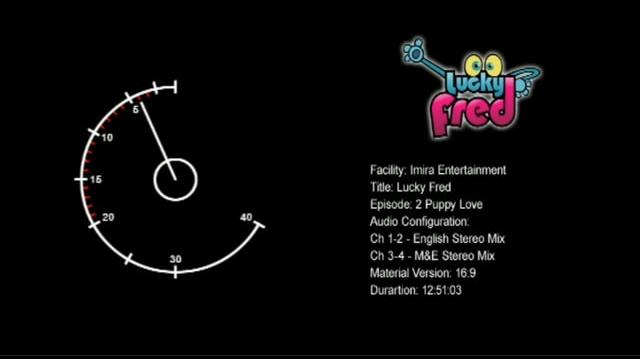 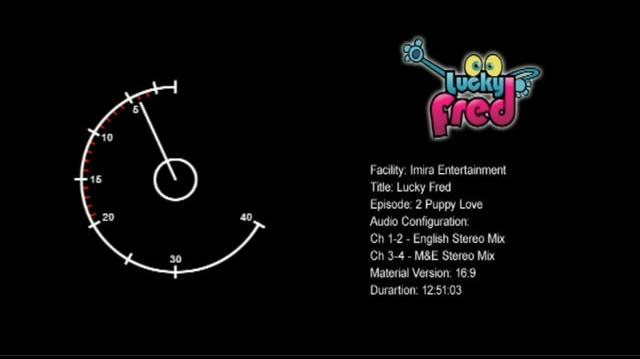 Puppy Love (Swedish)
Add a photo to this gallery

Retrieved from "https://luckyfredipedia.fandom.com/wiki/Puppy_Love?oldid=19763"
Community content is available under CC-BY-SA unless otherwise noted.